Sonakshi Sinha’s takes a pledge to stop this online pandemic! 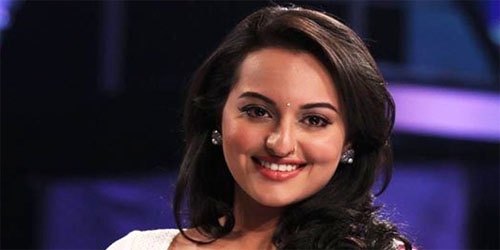 Sonakshi Sinha is among those Bollywood celebrities who were facing a lot of criticism in the form of cyberbullying on social media post-Sushant Singh Rajput’s sudden demise. After getting trolled by the netizens, the actress decided to quit Twitter in order to avoid the negativity.

Now, Sonakshi has taken a pledge to stop cyberbullying and harassment and starts a campaign ‘Mission Josh’. The actress teamed up with Special IGP Mr Pratap Dighavkar with a motive to create awareness and educate people about online harassment, trolls, impact on the mental health of victims who have faced trolling. Sonakshi Sinha shared a video message on Instagram in which she raised her voice against Cyber Bullying and harassment.

She captioned the post, “AB BAS! ? It’s time to stop the pandemic that’s plaguing our online world- Cyber Bullying and harassment. Full Stop To Cyber Bullying is a campaign by Mission Josh, where I have teamed up with Special IGP Mr Pratap Dighavkar with an aim to create awareness and educate people about online harassment, trolls, impact on mental health of victims who have faced trolling.

Ab bas, NO more online harassment! @missionjoshofficial @cyberbaap @riteshb12 @vinavb @mansidhanak @studiounees #FullStopToCyberBullying”. Meanwhile, Sonakshi Sinha’s fans’ are quite excited for her upcoming film, ‘Bhuj The Pride Of India’ which is based on a true event. In the film, she will portray the role of Sunderben Jetha Madharparya, a brave social worker who took 299 women along with her to support the Indian Army.

Along with her, the film also features Ajay Devgn, Sanjay Dutt, Nora Fatehi, Sharad Kelkar, Ammy Virk, and Pranitha Subhash in the pivotal roles and will stream on Disney+Hotstar, on August 14th.