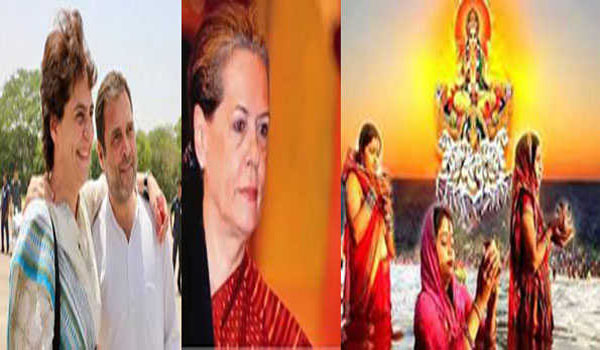 In a message on Friday, Ms Gandhi said, 'Sun worship has been a part of different civilizations in different ways and forms and it has been taking place in India since ages.

Sun worship and worship have been in different forms in many ancient cultures of the world and the tradition of worshiping Suryadev in India has been going on since the beginning.

She further said that Chhath is organized on a large scale in the states to the likes of Bihar, Eastern UP, Jharkhand and other places in the country and spreads the message cleanliness and brotherhood.

She further appealed to the devotees and their families members who are fasting to observe and follow safety guidelines in view of COVID pandemic.

Taking to twitter Mr Gandhi said, 'It is a fast and worship which highlights the importance of rising and the setting sun. Hearty greetings of Chhath to everyone.'