Southwest Monsoon sets in over Kerala 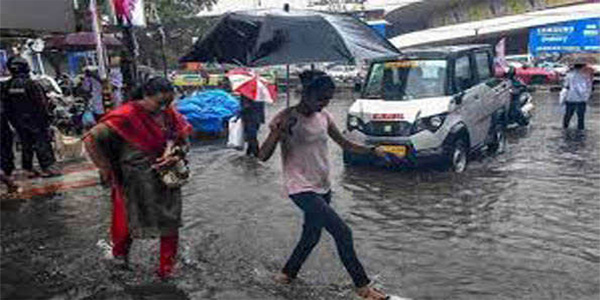 With the Southwest Monsoon further advancing into entire south Arabian Sea, Lakshadweep area, remaining stretches of Maldives area, most zones of Kerala & Mahe, some nooks of Tamil Nadu, Puducherry & Karaikal, some more spots of Comorin area and southwest Bay of Bengal, it has set in over Kerala on Monday, coinciding with its normal date of onset over the southwestern state, said the India Meteorological Department today.

Meanwhile, squally wind (with speed reaching up to 50-60 km per hour and gusting up to 70 kmph) is likely to blow over eastcentral Arabian Sea along & off Karnataka-Goa coats during next 24 hours, the Met warned.

It is (with speed reaching 40-50 kmph and gusting up to 60 kmph) likely to sweep across Lakshadweep area and along & off Kerala coast and eastcentral & adjoining southeast Arabian Sea during the period.

Heavy to very heavy rainfall is likely to pound isolated places in Konkan, Goa, coastal Karnataka, Kerala and Mahe during the period.

Thunderstorm, accompanied with lightning, is likely at isolated portions over west Uttar Pradesh, Vidarbha and Arunachal Pradesh during the period.

They were appreciably below normal in some sectors of West Bengal, Sikkim, Odisha, Jharkhand, Chhattisgarh and Telangana as well in remaining locales of Assam, Meghalaya, Bihar and Madhya Pradesh.

They were below norm in some corners of Nagaland, Manipur, Mizoram, Tripura, coastal Andhra Pradesh Yanam and in remaining parts of Rajasthan, Tamil Nadu, Puducherry and Karaikal. They were normal over the rest of the country.