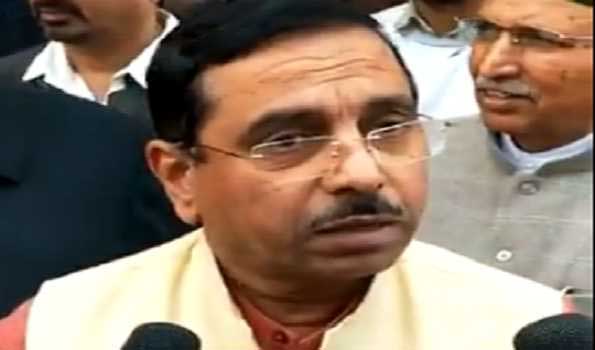 New Delhi, A day after seven Congress members were suspended for the remaining session, Parliamentary Affairs Minister Pralhad Joshi said on Friday that a committee, constituted by Speaker Om Birla, will probe the disruptions which took place from March 2 to 5 in the Lok Sabha. Mr Joshi said the committee will comprise of members from all the parties. The panel, headed by the Speaker himself, will probe the proceedings of the House from March 2 to 5 and submit its report, Mr Joshi said. Opposition members, including from the Congress, DMK and Trinamool Congress, trooped into the Well demanding revocation of the suspension.

Mr Joshi alleged that the Opposition does not want the House to run smoothly. He said papers were snatched from the Speaker's podium, and asked 'was it right'? Earlier, Congress leader Adhir Ranjan Chowdhury said they have respected and honoured the Chair but the Speaker has behaved like the 'Pope of Vatican'.He said his party members only wanted an immediate discussion on Delhi violence which claimed several lives. Seven lawmakers of the Congress -- Gurjeet Singh Aujla, Behanan Benny, Gaurav Gogoi, Dean Kuriakose, T N Prathapan, Manickam Tagore B and Rajmohan Unnithan-- were suspended in the House of the People for the remaining session for their unruly behaviour on Thursday.