Speculations rife over next Congress president as Rahul keeps away 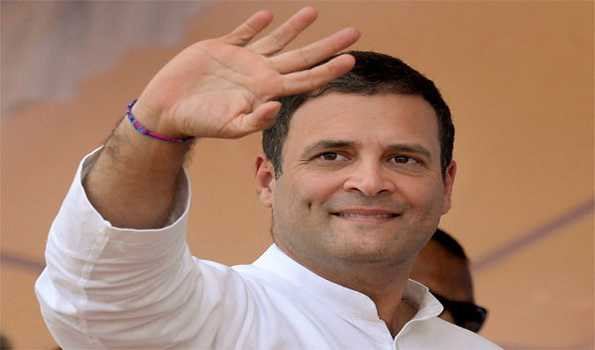 New Delhi,(UNI) Suspense over the upcoming Congress presidential elections continued on Tuesday with several Congress leaders saying it appeared Rahul Gandhi may not contest the polls, and speculations being rife over who may be in the fray.

According to sources, Congress President Sonia Gandhi has told Congress leaders that the party will remain neutral, and everyone is free to fight elections. This has set off speculations that Rahul Gandhi is not going to take charge of top post that he quit post 2019 Lok Sabha poll defeat. Several state units of the party have passed resolutions urging him to take the post.

Party's General Secretary Organisation KC Venugopal, who was in Kerala participating in the Bharat Jodo Yatra, flew to New Delhi and met party president Sonia Gandhi. Congress leaders however downplayed the questions on the polls, and repeated that any Congress leader can fight the organisational election.

Asked about the presidential elections in the party after his meeting with the Congress president, Venugopal said, "Elections are already announced, notification will come on 22nd (September), nominations will start after (September) 24. Whoever wants to file nominations, let them file... We have already said it's an open, free and fair election".

Congress' General Secretary Communication Jairam Ramesh, in a tweet on Tuesday morning, said, "Entire party is immersed in making Bharat Jodo Yatra a success. Even so it’s important to reiterate that any member is welcome to contest for Congress President. This is a democratic and transparent process. Nobody needs anybody's nod to contest, especially that of party leadership."

Talking to media in Kerala, Ramesh said the election is an open process and no permission is required. "You don't need permission from Rahul ji or Sonia Ji to file your nomination papers," he said.

On Monday, Congress leader Shashi Tharoor had met Sonia Gandhi, and was told the same thing - anyone can fight the Congress presidential election. Rajasthan Chief Minister Ashok Gehlot's name has also featured among the likely contenders for the post.

Party sources said Sonia Gandhi welcomed the idea of a contest, and has said she will play a neutral role. The party is unlikely to have an official candidate.

Nomination for Congress presidential polls have to be filed between September 24 and 30. If there are more than one candidates, election will be held on October 17 and the results will be declared two days later.

Last time there was a contest for the top Congress post was in 2000, when veteran Jitendra Prasada lost to Sonia Gandhi.