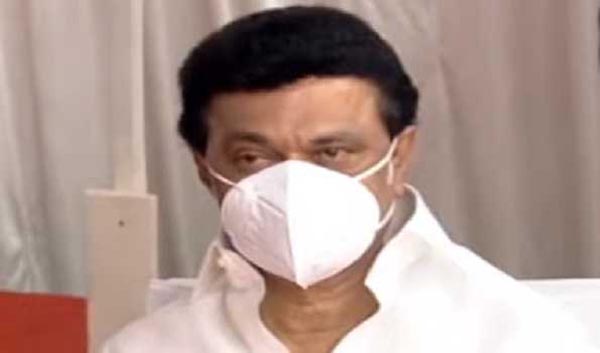 Chennai, May 7 (UNI) Immediately after assuming charge, Tamil Nadu Chief Minister M K Stalin on Friday issued five important orders, including providing Rs 4,000 as COVID-19 relief to all rice ration card holders in the State as promised in the DMK poll manifesto.
An official release here said Mr Stalin signed the first file providing Rs 4,000 to 2,07,67,000 rice card holders across the State.
Of this, Rs 2,000 will be given as first installment this month itself, involving  an outlay of Rs 4,153.39 crore. Mr Stalin, who headed to the State Secretariat after taking oath as Chief Minister at Raj Bhavan, also signed a file reducing the price of State-owned aavin milk by Rs three a litre keeping in mind the welfare of the people of the State as part of fulfilling the promise made in the party manifesto in the run up to the Assembly elections. This will come into effect from May 16, the release added. Marking fulfillment of yet another promise, he also signed a file providing free travel for women and higher education girl students in all government transport
corporations, for which the government will provide a subsidy of Rs 1,200 crore to compensate the additional expenditure to be incurred by the transport corporations.
This will come into effect from tomorrow. He also signed a file to redress the grievances of people, received in the form of petitions, in 100 days.
Mr Stalin, during his campaigning received petitions from the people and promisedto redress their grievances within 100 days after assuming office by creating a newdepartment headed by an IAS officer.Mr Stalin also ordered that the government will bear the corona treatment expenses of the people in private hospitals under the Chief Minister's insurance scheme.
This will cover all aspects of COVID treatment, the release said.