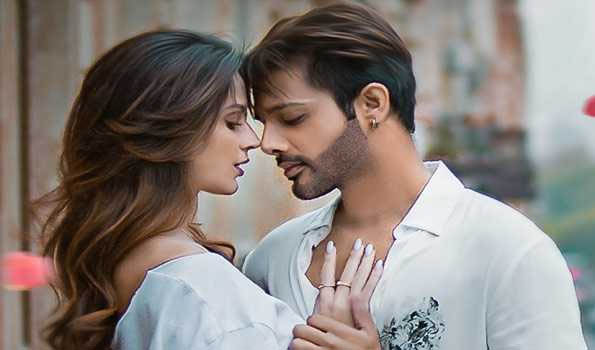 New Delhi, (UNI) Stebin Ben’s romantic track ‘Tu Mile Dil Khile’ was released on Friday, and is nothing less than a love saga and a track that you can listen on loop.

Stebin on the request of his fans has recreated this lovely track that was originally sung by Kumar Sanu and Alka Yagnik. It was originally composed/directed by the Golden Globes winner MM Keeravani. The song has some stunning visuals from Baku and both the video and audio is extremely mesmerizing.

Stebin shares, "Tu Mile is a treasured classic, which continues to find its place in our playlists even decades after its release, and truly one of my favourite romantic songs. For years, I've performed the song at various shows and the love I've received for it has been overwhelming, so when I was offered the opportunity to recreate Tu Mile, I was elated. I feel extremely fortunate to be able to render my own version to the timeless melody, and had a blast shooting for it. I am excited for the audience to hear the same."

Asees Kaur says, “This is one of my most fun collaboration because we planned it all in one of the insta live Stebin was doing. This is my first Collab with him and I am super excited for this iconic song.”

Composer of the song DJ Chetas says,"This is an iconic song and even being a part of it is such an honour. Collaborating with Stebin and my partner Lijo for this song is an absolute pleasure and I hope people shower all their love to this."

Composer Lijo George added,"The song turned out to be a perfect mood setter. I hope audiences like this recreation and pour in their love and support to it."

The song stars Larissa Bonesi along with Stebin. The song is sung by Stebin and Asees Kaur and has been composed by Lijo George and DJ Chetas.