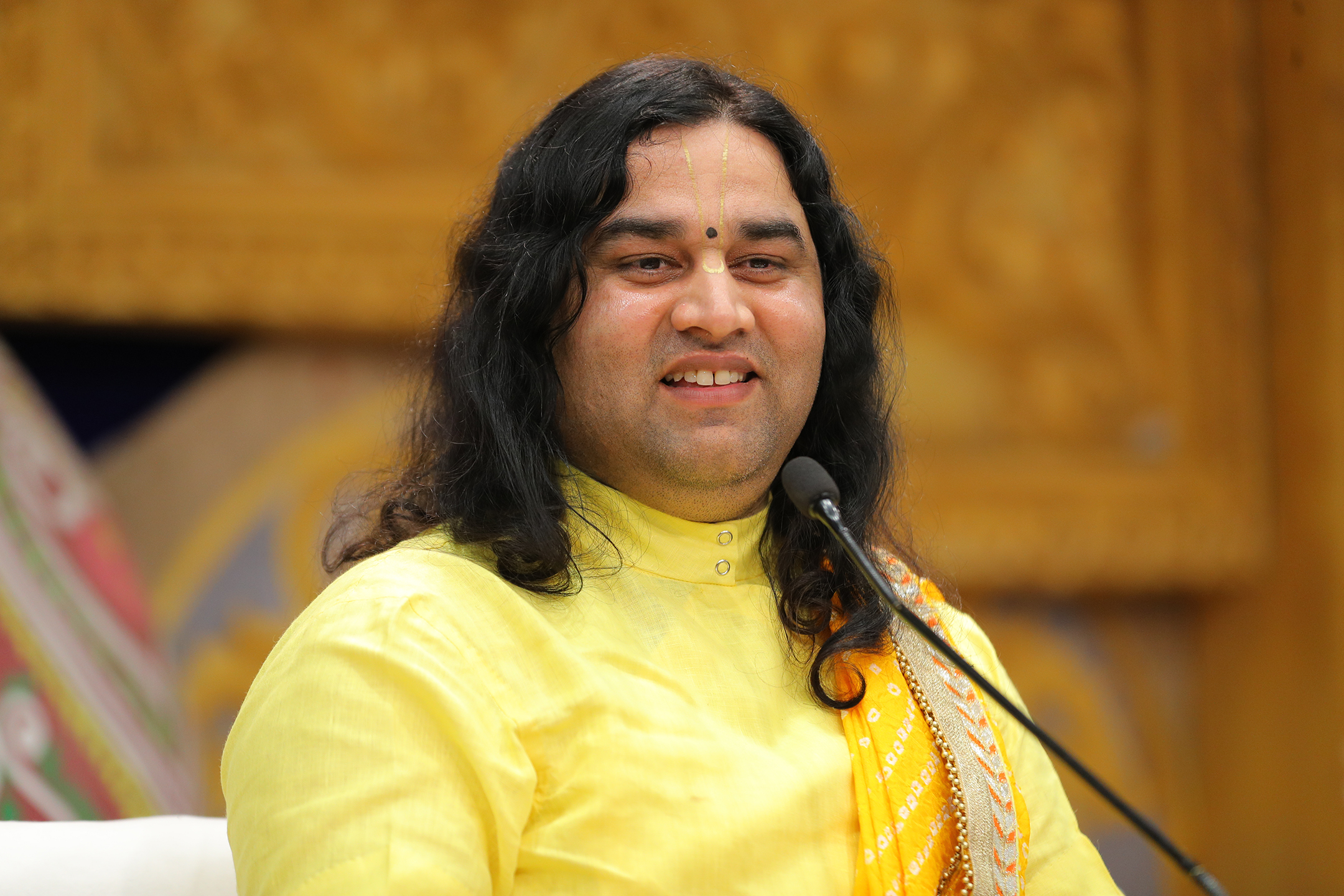 COVID-19 has presented itself as an unprecedented calamity for India and the world at large. The losses people have suffered are manifold and multi-faceted, with economic bleakness and loss of employment being a major one. There is uncertainty regarding where the next meal will come from. Even other nations with more developed economies are facing issues. It is a remarkable thing then, that there are still people who act as a beacon of hope. One such organisation is the Vishwa Shanti Sewa Charitable Trust that has helped lakhs of families and individuals. The organization officials have provided ration materials to dozens of Braj's needy folk artists, and the mission provided relief assistance to more than 1 lakh people in the form of food, ration, mask, sanitizer, etc. throughout the lockdown.

On this occasion, the organization secretary Vijay Sharma informed everyone about the mission being run under the leadership of organization president Pandit Devkinandan Thakur and how relief food material was distributed since the beginning of the lockdown, providing assistance. Even, on the request of Pandit Devkinandan Thakur, the needy and poor families are being supported, wholeheartedly throughout the country.

The Organization Secretary Vijay Sharma said that during the entire lockdown, the organization and committee members have provided relief service to more than 1 lakh people. Charitable work was also done in other places apart from Braj. A relief package with food items and ration was given to 11 thousand 300 families with 4 members on average, in Mathura-Vrindavan.Otherr states have also benefited from work done by service committee members, with 5000 families receiving help. Also, cooked food and masks, sanitizers were distributed to more than 22 thousand people at various places by the organization, for which no donation for it was taken and all these arrangements were made by Pandit Devkinandan Thakur.

Official spokesperson for the trust, Mr. Jagdish Verma, said, “The organization had donated Rs 11 lakh for corona relief in PM Cares and when the whole country is still helpless due to this corona pandemic, in this situation the organization president Pandit Devkinandan Thakur also called upon his disciples, from all across the country contributes to disaster relief funds. Approximately Rs 22 lakh the amount was also deposited by his disciple Mukesh Sharma, resident of Bangalore, in the relief fund of Haryana and Karnataka Government. Apart from this, many of his disciples also participated in this service work by offering funds to PM Cares for support.”

Special attention was paid to those most affected by the lockdown, such as the poorer sections of society, and swift action was taken by Vishwa Shanti Mission, such as providing dry ration and emergency food relief. Organization manager Gajendra Singh said that the activists located destitute families living on the road and poor families in settlements and went to them and provided them support and ration. These include especially handicapped and disabled people. The list of needy persons was also sent to the organization through various social workers, corporators, media workers, and political representatives working in Mathura-Vrindavan, who were distributed relief material on time.

Keeping in mind the mental health and mental condition of people affected by the lockdown and the various difficulties associated with it, the Bhagwat spokesperson Pandit Devkinandan Thakur also remained connected to people through social media. Pandit Devkinandan Thakur kept emphasized the importance of staying indoors and following the safety regulations issued by the government. He raised awareness about the need to wear masks and use sanitizers and maintain social distancing as advised.


Various industries and sectors were lauded as heroes during this crisis, especially cleaning personnel, police personnel, and doctors. They earned the nation's respect, and Vishwa Shanti Sewa Charitable Trust did its part in felicitating these shields of the country. Ration materials and sanitizers were provided to the cleaning personnel in Vrindavan and their morale was raised by Pandit Devkinandan Thakur by raining flowers on them. In addition to this, the organization greeted more than 150 media workers working in Mathura by providing protection kits of masks, sanitizers, gloves, etc.


In the 70-day lockdown, more than 1 dozen prominent workers continued their service in an infectious environment in the distribution of relief materials. Vishnu Sharma stated that” initially, we were afraid about the COVID-19 but later we started enjoying it, and in the meantime, Pandit Devkinandan Thakur came and tested his own arrangements and praised us so that our spirits increased even more.”