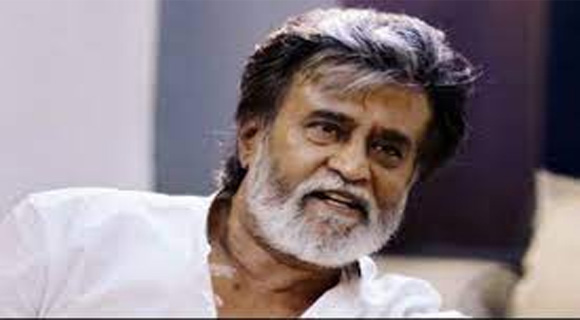 Chennai, Dec 12 (UNI) It was a low key birthday fete as  Superstar Rajinikanth turned 72 on Sunday.
Prime Minister Narendra Modi, Tamil Nadu Chief Minister M K Stalin, Rajini's long time friend and actor-turned politician and Makkal Needhi Maiam Founder Kamal Haasan, AIADMK Coordinator O Panneerselvam, Joint Coordinator Edappadi K Palaniswami, actors from the Tamil and Telugu film world and others took to twitter to extend birthday greetings to him.
In a tweet, the Prime Minister said "A very happy birthday to @rajinikanth Ji. May he keep inspiring people with his creativity and phenomenal acting." "May Almighty bless him with a long and healthy life", he said.

In a tweet, Kamal said "happy birthday wishes to my good friend Rajinikanth. My hearty wishes for him to lead a healthy life for several years and keep entertaining his fans".
An official release here said, Mr Stalin spoke to the actor over phone and extended his birthday greetings to him.
He also wished him a long and healthy life and entertain his fans in his own imitable style, the Chief Minister said.
Mr Panneerselvam and Mr Palaniswami in a tweet also wished Rajini a long and healthy life and extended his greetings to him.
They also shared a photo taken with the actor in their twitter handle.
Former Indian Cricket Harbhajan Singh, who is an ardent fan of Rajinikanth also took to twitter to greet the actor.
'You are always the Superstar, You are the Billa in 1980s, Batcha in 90s and Annathe in 2k. You are only superstar in  the Cinema's Pettai Thalaiva', Harbhajan said and extended his hearty greetings to him.

Popular Telugu film star Ram Charan, actress Nayanthara, Hansika Motwani and those from the film world also extended their greetings. Meanwhile, a large number of fans assembled in front of his Poes Garden residence and celebrated the occasion.