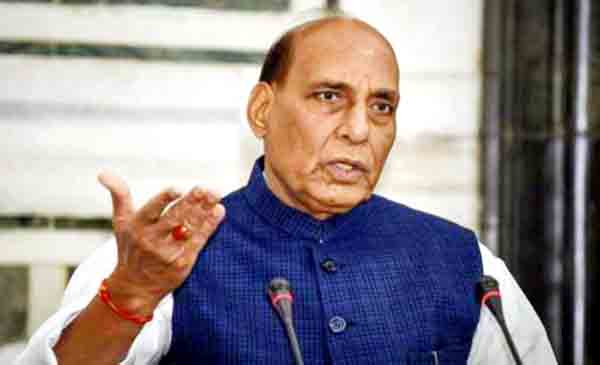 Addressing the army’s top hierarchies during the ongoing army commanders’ conference, the minister said soldiers would be equipped with best weapons and gear to carry out their duties.

“It is our national responsibility to ensure availability of best weapons, equipment and clothing to our troops braving extreme weather and hostile forces to defend our territorial integrity,” a statement issued by the army quoted the minister as saying.

India and China have been engaged into border standoff since early May and efforts to disengage and de-escalate have yielded no results.

The 8th round of military talks between corps commander-level officers from the two armies is expected to be held shortly to reduce border tensions.

Indian and Chinese military commanders met for the 7th time on October 12 in their latest attempt to defuse tensions.

The Indian side demanded comprehensive disengagement at all friction points and restoration of status quo ante of early April during the talks.

The two sides agreed to continue with the dialogue process to arrive at a mutually-acceptable solution for early disengagement in the eastern Ladakh theatre, said a joint press statement issued a day after the talks.

In his address at the biannual conference, Mr Singh complimented the Border Roads Organisation (BRO) for its efforts to build infrastructure in forward areas and working under difficult conditions to connect far-flung areas.

“The Indian Army’s apex leadership is comprehensively deliberating upon all aspects of existing security scenarios, situation along the borders and in the hinterland and challenges for the present security apparatus. In addition, the conference is also focussing on issues pertaining to organisational restructuring, logistics, administration and human resource management,” the army statement said.

The four-day conference ends on Thursday.

The statement said the minister reiterated the stellar role played by the army in guarding the country’s borders and fighting terrorism, apart from providing assistance to the civil administration whenever needed.

“Actions of Indian Army truly ensure the integrity and sovereignty of our great nation,” the statement quoted the minister as saying.

The minister also paid tributes to the bravehearts of Galwan, Kashmir and the North-east for making the ultimate sacrifice in the defence of the nation.

He said that the creation of the chief of defence staff and the department of military affairs was a “momentous decision” and the concept of integrated battle groups and theatre commands would be “game changers in the way Indian Armed forces fight future wars.”