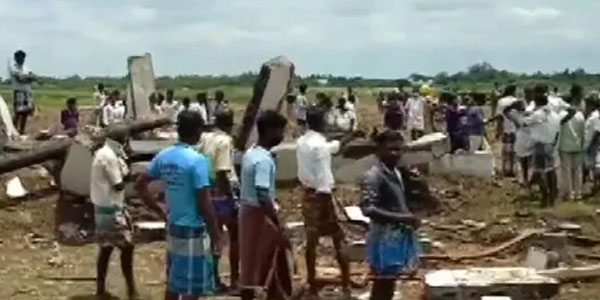 Cuddalore, (UNI) Nine women were killed and six others sustained burns in an explosion at a cracker manufacturing unit at Karumbudi near Kattumannarkoil in this district of Tamil Nadu on Friday.

According to sources, the unit was owned by one Gandhimathi and along with her daughter and 13 others went to the unit to resume cracker manufacturing for Diwali festival. Before starting work, they had a pooja in the unit where last years stock were piled and accidentally the crackers caught fire leading to a massive explosion.

While, Gandhimathi and four others died on the spot, police and fire service force rescued the others and admitted them to the Chidambaram Government hospital where four more died.

The injured are being treated in the Chidambaram GH. Kattumannarkoil police are investigating.