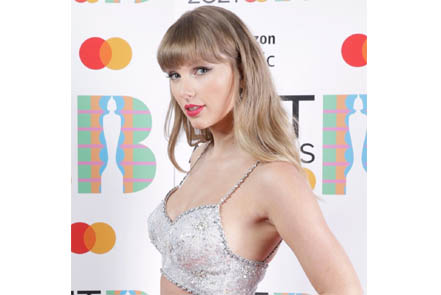 Taylor Swift has been cast in director David O. Russell’s next film at New Regency. She joins an A-list ensemble that includes Christian Bale, Margot Robbie, John David Washington, Rami Malek and Zoe Saldana.
Russell, the filmmaker behind the Oscar-winning movies “American Hustle” and “Silver Linings Playbook,” is directing the film from his own script. It’s his first feature since 2015’s “Joy” with Jennifer Lawrence.
New Regency declined to comment, as did reps for Swift.
The title of the film, as well as plot details, have been kept under wraps. It already completed production, with Disney’s 20th Century Studios releasing the movie on a yet-to-be-determined date.
Swift was especially prolific during the pandemic, churning out two acclaimed albums, “Folklore” and “Evermore,” back to back. The upcoming project marks her first big screen role since “Cats,” the musical adaptation of Andrew Lloyd Webber’s long-running stage show.
Swift’s other film credits include the dystopian drama “The Giver” and a voice role in the animated Dr. Seuss movie “The Lorax.” In 2020, she was the subject of the documentary “Miss Americana,” which premiered at Sundance Film Festival and later debuted on Netflix.