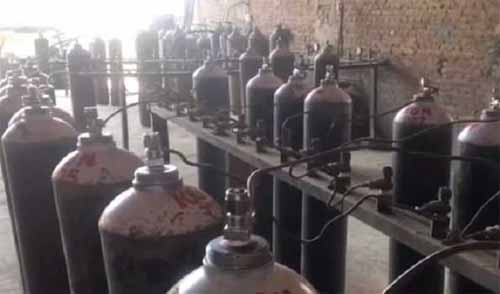 Chennai, May 19 (UNI) The Vedanta group has restarted oxygen production on Wednesday at its Sterlite Copper Smelter plant in
Thoothukudi after the technical glitch, which had disrupted the generation, has been rectified.
In an update, Vedanta Group in a statement here said 'We are  glad to share that the disruption in the oxygen plant has been
rectified and have now restarted production.' 'The oxygen generated is being stored at our onsite facilities and will be distributed as per the directions of the Tamil Nadu government and concerned nodal officers', it said.
Tamil Nadu Industries Minister Thangam Thennarasu had on Monday said the technical snag in Sterlite oxygen plant’s ‘Cold Box’ had been rectified and the preliminary steps for heating-up of the plant had already started.
The plant will start generating oxygen shortly,” he said.
After the technical glitch was noticed, experts from the Indian Space Research Organisation’s Propulsion Research Complex (IPRC) came to the plant on request from Thoothukudi District Collector K.Senthil Raj to help the company's technicians in rectifiying the glitch.
Now that the technical issues in the cold box and the checking of allied units had been completed, the plant is ready for oxygen generation, Mr Thennarasu had said.
After completion of all the checks, the company has restarted oxygen production today.