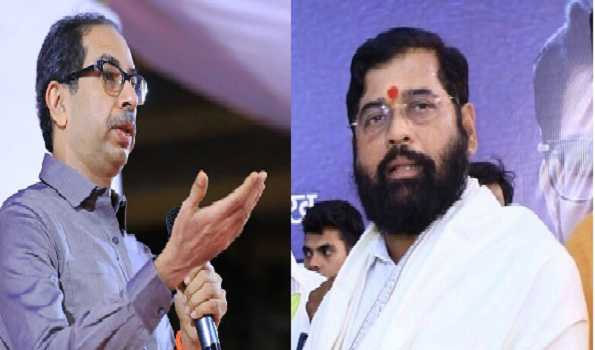 The development comes amid allegations of cross-voting by some Shiv Sena MLAs.

The political turmoil in Maharashtra over cross-voting in legislative assembly in favour of BJP seems to be reason behind the MLAs' sudden disappearance from Mumbai.

The 'missing' Shiv Sena MLAs are believed to be in Surat, Gujarat, a BJP-ruled state, with Shinde.

Shinde is likely to address media from Surat at around 2 pm, sources said.

The BJP won five seats in the MLC election with Shiv Sena and Nationalist Congress Party bagging two each.

BJP managed to win big in the election despite being short in numbers.

There are 106 BJP MLAs in the Maharashtra Legislative Assembly, while the remaining votes for its candidates have either come from independent MLAs, or those from small parties or from other parties.

Maharashtra CM and Shiv Sena president Uddhav Thackeray have called for an urgent meeting of all party MLAs on Tuesday noon.