Theft at farmhouse of retired CS 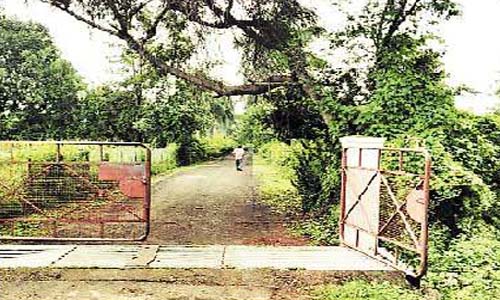 Bhopal: Miscreants broke into the farmhouse of Avni Vaish, retired Chief Secretary (CS) of Madhya Pradesh. Thieves who entered through the window took away cash, gold and silver jewelery and other items in addition to 300 US dollars in about 3 hours. The police have recorded the value of the stolen goods at Rs 90,000.
TI Sudhesh Tiwari of Ratibad police station told that there is a farmhouse of retired chief secretary Avani Vaish in village Mendori. It is guarded by Dayaram Maskole. On Sunday evening, he had come from his farmhouse to his residence in Bhopal for some work. He returned after about 3 hours.
When he went inside, he found the contents of the house were lying scattered. The cupboards were open. He immediately informed the police about it.
Vaish said the thieves stole his passport, documents, jewelery and cash, besides US$300, from the cupboard. Police registered an FIR against unknown miscreants on the complaint of the watchman. So far the police have not been able to get any clue about the accused.
TI Tiwari told that the way the theft was done, it casts suspicion on someone close. The thieves had full knowledge of the house. Not only this, even after having a dense forest around it, it is not possible for an outsider to have such accurate information about the house. Police is probing on this angle.