Threat to blow up CBSE schools turn out fake 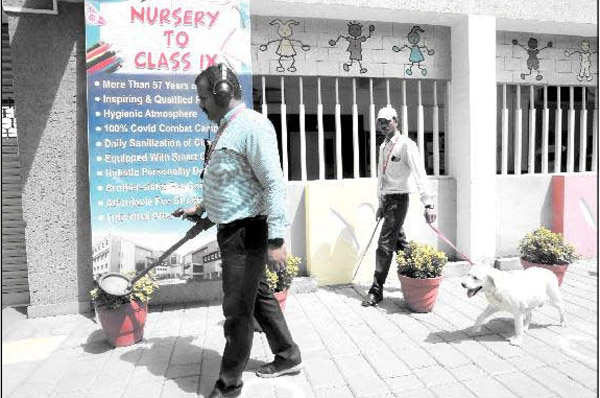 Chronicle Reporter, Bhopal
The threat to blow up more than 40 CBSE board schools in Bhopal turned out to be false. Nothing suspicious was found in the school's investigation. Police Commissioner Bhopal Makrand Deuskar issued a statement saying that till now nothing has come out in the investigation. Action will be taken against whoever sent the threat. Cyber police is probing the matter. Earlier these schools were threatened with bombs through emails. The ID from which the email came is made in the name of a Russian girl. The email threatened to blow up schools with two powerful bombs. CBSE Schools are presently going on the 10th final exams of Term-2.
Earlier, as soon as the information about the bomb threat was received, the police started investigation in all the schools. The Bomb Disposal Unit also conducted a search. By 2.30 pm, the police had checked more than 10 schools, but found nothing suspicious. The language of the e-mails received by the schools was the same. Similar mails were also received by schools in Bengaluru on April 8.
Police Commissioner Deuskar said that the matter is being investigated. From where and how was this e-mail sent? Cyber team is also investigating this.
Apart from 7 missionary schools of CBSE in Bhopal, Sagar Public School, Sage International School, St Joseph's School, DPS School, Anand Vihar School and IES Public School have also received threatening e-mails. However, the school management has not given any confirmation in this regard. District Education Officer Nitin Saxena said that Sagar Public School, DPS and St Joseph's School have received threats. So far no such e-mail has been received by any government or MP board school. We are in touch with the school management and the police. are investigating.

Complaint lodged by Anand Vihar School
Anand Vihar School Management has complained to TT Nagar Police in this regard. In this, it said that it has received more than 50 e-mails continuously. In these it has been said that 2 powerful bombs have been kept in your school.
The MD of the IES school told that his school has also received threats. Term-2 exam is going on. Just finished the exam. On Saturday also the examination will be held as per the schedule. So far the schools have not decided to postpone the examination.