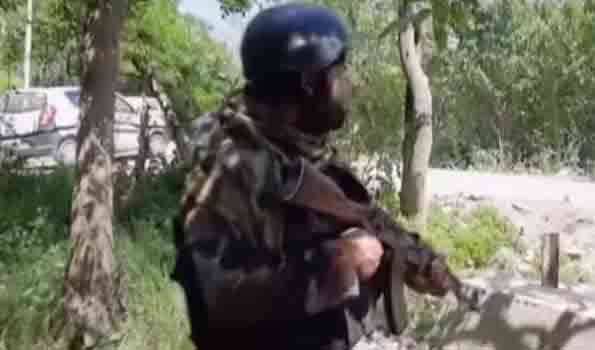 Srinagar, Oct 12 (UNI) Three militants of Lashkar-e-Toiba, including a one who was involved in the killing of a street hawker from Bihar, were killed in an overnight gunfight in south Kashmir's Shopian district, police said.

The encounter between militants and forces erupted Monday evening when joint teams launched a search operation at Tulran Imam Sahib area of Shopian following an input about militant presence.

“As the joint team were laying cordon around the suspected spot, the hiding terrorists fired upon the forces, triggering a gunfight,” a police officer said.

He said three militants were killed in the gunfight.

Police in a tweet said the three belonged to Lashkar (The Resistance Front).

"..Out of 03 killed #terrorists, one terrorist has been identified as Mukhtar Shah of #Ganderbal, who shifted to #Shopian after killing one street hawker Virendra Paswan of Bihar," a police tweet while quoting IGP said.

Security forces have stepped up operations against the militants after the recent spree of civilian killings.

On Monday, two militants -- including the one who was allegedly involved in a recent civilian killings -- were killed in two separate encounters in Bandipora and Anantnag districts of Kashmir.