Three militants killed in encounter with security forces in Anantnag 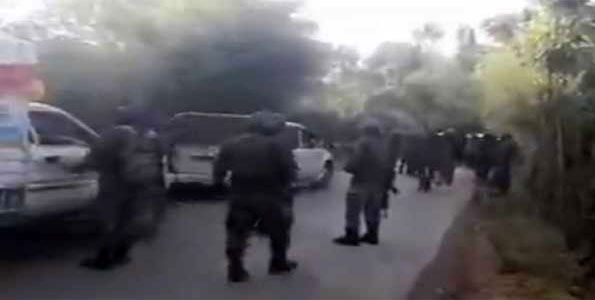 Srinagar, (UNI) Three militants were killed in an encounter which ensued after security forces launched a Cordon and Search Operation (CASO) in south Kashmir district of Anantnag on Monday.

With this, 116 militants, including top commanders, have been killed in different operations during the last six months in Kashmir valley.

Meanwhile, mobile internet services have been suspended in Anantnag district for security reasons.

However, he said when security forces were sealing a particular area, militants hiding there, fired at them with automatic weapons. “The security forces retaliated ensuing in an encounter,” he said, adding three militants were killed in the exchange of fire.

He said one AK-47 rifle and two pistols were recovered from the encounter site, adding the identity of the militants is being ascertained. “The operation was still going on when the reports last came in,” he added.

Official sources said that security forces have been deployed in strength in adjoining areas of the encounter site to prevent protests.