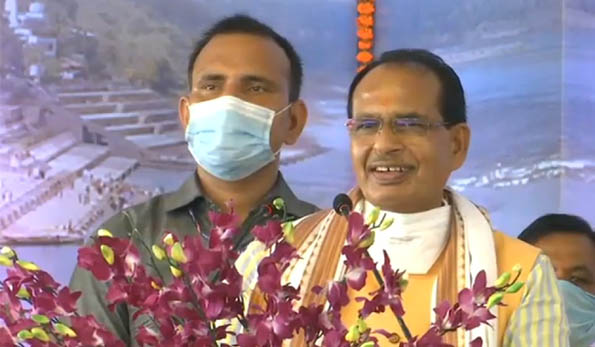 Khilawan Chandrakar, Bhopal
On the basis of the beneficiary oriented schemes of the central and state governments and the strength of the booth level, the BJP has prepared a strategy for the by-elections in Madhya Pradesh with the face of the Chief Minister. In this connection, tomorrow Chief Minister Shivraj Singh Chouhan will be busy at Raigaon in Satna district.
In view of the possibility of Khandwa Lok Sabha and three assembly by-elections in the state after Diwali, the BJP has intensified the planning of Chief Minister Shivraj Singh Chouhan's visit to these areas. Meanwhile, the organization officials and ministers who have been assigned assembly-wise responsibility by the party have reached those areas and held more than two rounds of meetings. The latest visit of CM Shivraj is likely on September 12 in Raigaon assembly constituency of Satna district. Here he will go out for public darshan in rural areas. In the meantime, not only can he take a meeting of party officials, but he can also do land worship of some construction works and lay the foundation stone of the proposed development plans.
The party is preparing an action plan to implement a similar strategy in the Prithvipur and Jobat assembly by-elections. In view of the party leaders and security reasons regarding the stay of Chief Minister Chouhan, the administrative officials have started preparations. According to the planning that has come to the fore regarding the CM's visit so far, after reaching Satna, he will go by helicopter till Shivrajpur village of Raigaon assembly.

Focus on development plans
The party has already decided to enter the election fray by putting the face of Chief Minister Shivraj Singh Chouhan for the by-elections going to be held in Madhya Pradesh. Also, Jobat and Prithvipur, which have been Congress strongholds till now, relying on their strong field organization. It has made up its mind to give full force in the elections too. For the by-elections, the BJP is focusing more on the families of the small sections who have been given Pradhan Mantri Awas Yojana, Ayushman card, free ration, apart from scholarships given in different categories, employment. And getting direct benefits of other schemes. The party workers are directly communicating with such beneficiaries and counting the merits of the BJP government. The party wants that the people benefited from the beneficiary oriented schemes of the central and state government should be brought in front of other such voters in the vicinity and the people deprived of the benefits are directly connected to the party.

Multiple tours in Khandwa
CM Chouhan has so far made three-four visits in the last six months to the Lok Sabha seat that fell vacant after the death of former MP Nandkumar Singh Chauhan in Khandwa. Now since there is no possibility of a third wave of Corona, the Election Commission can announce four by-elections in the state anytime after the festivals, so the party directed the district presidents to plan the CM's visit to Prithvipur and Jobat assembly seats as well. Along with this, party workers and allied organizations have been asked to work regularly at the booth level in these areas.