Top 5 Languages of India and How to Learn Them 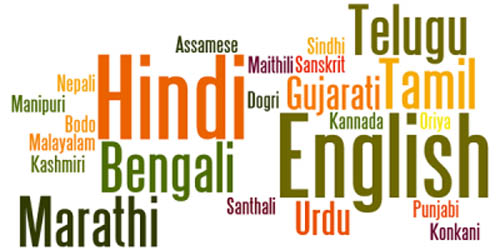 Jan 10, 2021: “Unity in Diversity” is one of the most popular quotes that is being used internationally to showcases the true essence of India.

There is no single national language in India; people from different parts of the country speak different languages.

To clear some doubts, here we have mentioned the top five languages of India and the ways through which you can learn them.

Hindi is given official status by the government of India as this is the most widely spoken language that you can find here, apart from English. This language is spoken by over 366 million people across the country and this makes up approximately 40% of the total population of India. This is the commonly spoken language of the northern side of India. There are several online websites like HindiRaftaar where you can learn many things in hindi language.

Bengali is the second widely used language of India with over 8 million utilizing it every day. This language also has its origin from the Indo-Aryan Eastern civilization and it is spoken in the regions of eastern states of India such as Jharkhand, West Bengal, Tripura, and Assam. In order to learn Bengali you can enroll to the Bangla Language Institute.

Telugu is a language that is originated from the Dravidian civilization and is spoken by over 74 million people, this makes up around 7% of the population of India. It is commonly spoken in the south Indian region of India in the states of Puducherry, Telangana, Andaman and Nicobar islands, and Andhra Pradesh.

Tamil is also originated from the Dravidian civilization and has over 61 million users which cover over 6% of the Indian population. It is widely spoken in the states of Tamil Nadu, Puducherry, Kerela, and Andaman and Nicobar islands. Waltt is a great source to learn Tamil online.

Gujarati is the fifth most spoken language of India with over 46 million active users making up around 4% of the total population of India. If you are planning to visit places like Dadra, Gujarat, Daman, and Diu then this is the language that you should learn.

So, these are the top five languages of India that you should learn if you are interested in learning new and fun languages.

Basic Principals to learn any language

You need to learn them in sequence and there are plenty of YouTube tutorials that can help you get started. For reading, you can take the help of YouTube and for the listening practice, you can binge on some of the movies or TV shows of the relevant language.

After you are comfortable in listening and reading you can start forming and writing small sentences to be able to speak survivable enough language. You can start conversation with other people by asking their name like what is your name aka aapka naam kya hai? They will reply with the response. In similar manner you can ask other question just to practice the learnt language.

So, these are some of the key tips that can help you get started on your journey of learning new and exciting languages.