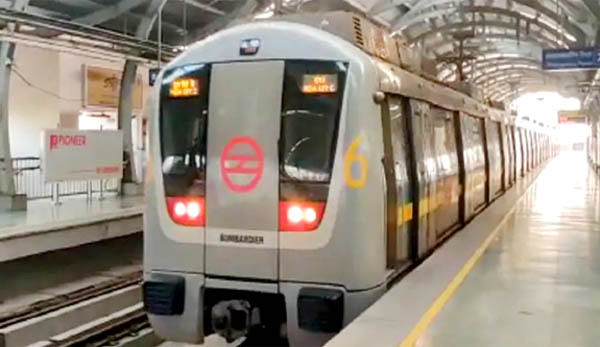 Metro stations made out of bound for the public on Yellow line include those at Vishwavidyalaya Marg, Model town, Jahangir Puri and Badali.

Altogether 11 stations on Green Line from Kirti Nagar to Mundaka were also shut down. The ITO and Lal Quila stations have also been closed.

The police had to open lathicharge and shelling tear gas cells following the violation of traffic routes agreed between the farmers Unions and the Delhi Police.

At places, the farmers leaders were seen appealing the participants of the tractor parade not to deviate the proposed route.

The clash broke out when the some of the Farmers' tractors entered to ITO crossing and when tried to move forward despite police barricading. To stop them, the Delhi Police open lathicharge and lobbed tear gas cells.

The clash between farmers and Police have been more or less under control barring a few incidents of stone pelting at ITO crossing.

Reportedly, many policemen have suffered minor injuries in the stone pelting.