Trailer of ‘Code Name: Tiranga’ is high on action 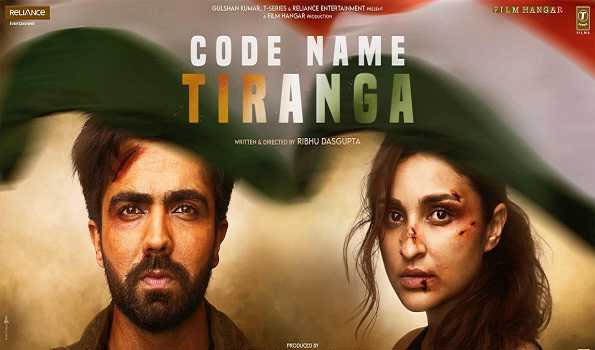 New Delhi, (UNI) Touted to be one of the best espionage action thrillers of the year, the trailer of ‘Code Name: Tiranga’ was launched on Wednesday, and it witnesses a combination of both, actions and emotions.

Parineeti Chopra, who is playing a RAW agent and is on fearless mission for the country, is also seen doing a lot of hand-to-hand combat as well as stylized action sequences.

Extensively shot in Turkey, the film also stars Harrdy Sandhu as the male lead who portrays a doctor in the film. The film will also bring together actors like Sharad Kelkar, Rajit Kapur, Dibyendu Bhattacharya, Shishir Sharma, Sabyasachi Chakraborty and Deesh Mariwala.

The film will hit the big screens on October 14.