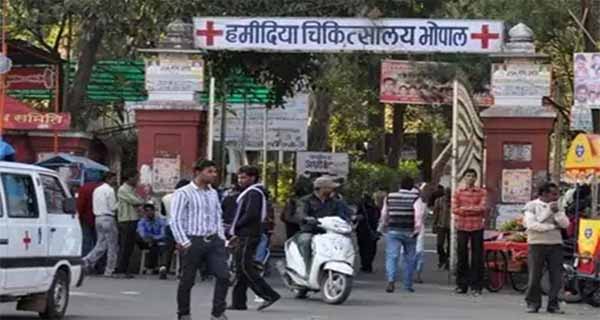 Chronicle Reporter, Bhopal
After the decrease of Corona infection in the capital Bhopal, the treatment of non-corona patients has started improving. When the infection spread, the condition of government hospitals had deteriorated. Only serious patients were getting treatment.
In Hamidia Hospital too, many wards were shifted to other places, now they are being started again after the corona is decreased. Again in the Trauma and Emergency Unit, non-corona patients will be given the same treatment as before corona infection. Right now corona patients were being admitted here. Due to this, Trauma and Emergency were shifted to Surgical Ward I in April last year.
Serious injury patients had trouble
Significantly, the most of the serious patients of corona were being admitted in Hamidia Hospital and most of the time the wards here were completely full. Due to this, admission was made for corona patients in other wards as well. But due to this the problem of emergency patients also increased. Trauma (serious injury) and emergency patients were facing problems due to lack of facilities. For one reason, people did not know that in the Trauma and Emergency Hospital, the surgical ward has been shifted at the back. Secondly, patients had to suffer due to lack of facilities like sonography, X-ray, CT scan, pathology. Now they will get facilities at one place. The OPD of bone and surgery will be in the trauma block as before.
70 beds will be used for other patients
Dr Lokendra Dave, Superintendent of Hamidia Hospital, said that by shifting the Trauma and Emergency to the old place, 30 beds in Surgical Ward 1 would be vacant. Similarly, 40 beds are already vacant due to shifting of Chest and Respiratory Diseases Department to TB Hospital located at Idgah Hills. In this way a total of 70 beds can be used to admit other patients. He said that the work of shifting the Trauma and Emergency has been completed on Monday.
Token facility will also be available
Before the corona infection, there was also an OPD of the Department of Bone and Surgery in Trauma Block A. OPD was shifted to another place due to the reservation of trauma block for Covid patients. Now again the OPD of both these departments will be done here. Here patients will get the benefit of other facilities including token system in OPD as before.
Dr. Lokendra Dave, Superintendent Hamidia Hospital