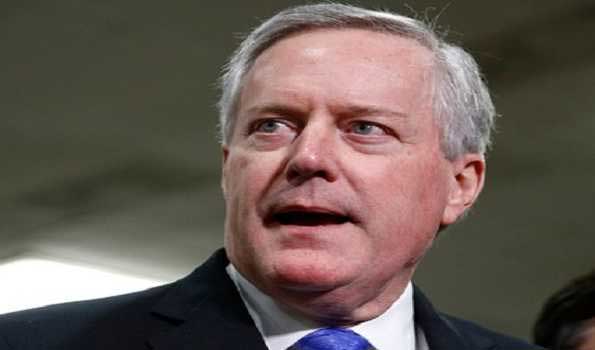 Washington,  US President Donald Trump on Friday announced that Congressman Mark Meadows will become new White House chief of staff."I am pleased to announce that Congressman Mark Meadows will become White House Chief of Staff. I have long known and worked with Mark, and the relationship is a very good one....", Mr Trump said in a tweet. He further, in an another twitter missive, expressed his gratitude towards Acting Chief Mick Mulvaney who had been a fixture of Trump's administration in various roles over the past three years."I want to thank Acting Chief Mick Mulvaney for having served the Administration so well. He will become the United States Special Envoy for Northern Ireland. Thank you!", he wrote on twitter.