Tuesday Trivia: Did you know Shilpa Shetty was offered Hollywood projects but she rejected them? 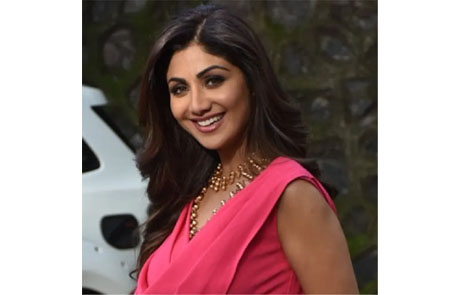 Bollywood actress Shilpa Shetty has been trending a lot on social media because of her personal life. Her husband has been released from jail today after two months. Well, the actress is one of the most famous actresses in the industry. She has created a niche for herself from her performance. Well, after her marriage and kids she took a break from work for 14 years. But in all these years, she was not completely out of work as she has revealed that offers were coming to her.
But do you know the actress was offered Hollywood films also? Yes, you are reading right. The actress had said in an interview to PTI, “My son was extremely upset with me because I was offered some major stuff even in Hollywood, but I said no to it. To just shift base from Mumbai and settle in Los Angeles is really not my cup of tea.” Shilpa is the mother of two children-- son Viaan and daughter Samisha. Before going on break, the actress was last seen in Life in a Metro and Apne.
But she feels that rejecting the Hollywood offer was a great opportunity lost but she said that she is content working in the Hindi film industry for now.
“I'd be so unhappy to just leave my family and shift gears so drastically. It's too much to give and I don't think I was ready for that. Maybe once my kids are 15, then I would (consider) if I still look this way.” she was quoted saying. Shilpa Shetty was last seen in the film Hungama 2.