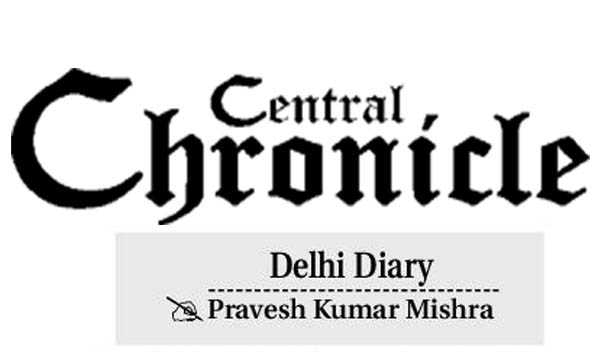 Controversy has started in the Congress party even before the implementation of the 'one person one post' formula. Political turmoil has started in Rajasthan after Rajasthan Chief Minister Ashok Gehlot was suggested to leave the post of Chief Minister before the nomination for the post of National President of Congress Party. The pro-Gehlot MLAs have unitedly challenged the party high command and tried to pressurize him to make their favorite leader the chief minister. The Gehlot faction is uniting in opposition to Sachin Pilot and showing eyes to the central observers of the party with rebellious attitudes. After this development, this fight has now reached from Jaipur to Delhi. Party strategists are considering it as a challenge and believe Gehlot's hand behind it.

Kamal Nath emerged as troubleshooter
After the infighting in the Rajasthan Congress, party President Sonia Gandhi has called her trusted leader Kamal Nath, former Chief Minister of Madhya Pradesh, to Delhi to discuss the current political developments. There is a discussion in the political circles that Kamal Nath is seen in the role of troubleshooter with strong commitment to deal with the kind of situation that has arisen regarding a trusted leader like Gehlot. It is being said that Kamal Nath will not only try to pacify the Gehlot faction, but will try to find a better way for the pilot.

Gehlot faction's challenge to high command
The way Ashok Gehlot, established as the most trusted leader of the Gandhi family till yesterday, has done politics before leaving the chief minister's chair, it is being seen as a challenge to the party high command in one way or the other. Possibly for this reason, there is a discussion that the Gandhi family is not only angry with the Gehlot faction but has also taken a tough stand towards Gehlot. Probably for this reason Ajay Maken, the central supervisor and state in-charge present in Jaipur, refused to meet Ashok Gehlot and returned to Delhi. There is a tremendous discussion in the political corridors of Delhi that after all such a trusted leader can only challenge the high command for the chief minister's chair or is there some other story behind it. Not only this, many Congress leaders are saying that the real face of Ashok Gehlot has come to the fore, so the Gandhi family should keep the presidency with them for the unity of the party.

Nitish and Lalu meet Sonia to unite opposition
Bihar Chief Minister Nitish Kumar and former Chief Minister Lalu Prasad Yadav met Congress President Sonia Gandhi as part of the campaign to build opposition unity and sought support from the Congress party for this. However, the news is that Sonia Gandhi has not given any assurance at the moment nor has supported Nitish Kumar to become the opposition prime ministerial candidate. It is being said that Sonia Gandhi has indicated to be limited to the support being extended by the party to the Nitish government in Bihar for the time being.

BJP made a multi-pronged strategy for Bihar
After being out of power in Bihar, BJP strategists have made a multi-pronged strategy for Bihar. In the coming days, the party will not only raise the morale of the party workers by holding big meetings in different parts of Bihar, but will challenge the state government and keep the central achievements in front of the public. Its hallmark was found in the big rally of Home Minister Amit Shah in Bihar recently. Not only this, the party is also keeping a close watch on the preparation at Ground Zero.

BJP upset due to support for Bharat Jodo Yatra
On the one hand, Congress strategists are excited by the public support for former Congress President Rahul Gandhi's Bharat Jodo Yatra, while on the other hand, the hands of BJP strategists are flailing. After the successful visit of Tamil Nadu and Kerala, the Bharat Jodo Yatra is about to enter Karnataka and there is a BJP government in Karnataka. The worry of BJP leaders is that if this yatra is successful in Karnataka, then BJP's hopes may be dashed in the assembly elections to be held next year. That is why BJP spokespersons are constantly making negative statements regarding this visit.

Many contenders for post of Cong President
The question of who will be the next president of the Congress party is still in confusion. Although there was tremendous discussion about Ashok Gehlot, but the confusion has arisen again regarding the political developments in Rajasthan. However, there is talk of taking nomination papers by many other leaders including Shashi Tharoor, Manish Tewari. Therefore, it is believed that this time the election will be very interesting.