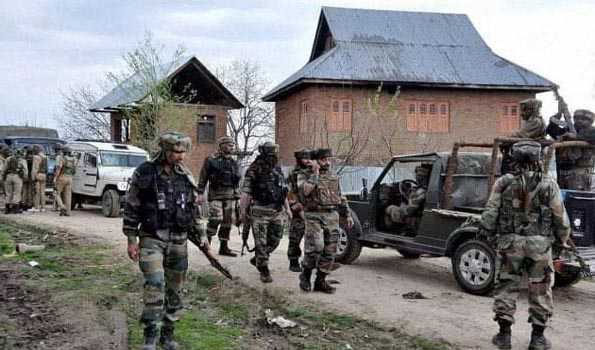 Srinagar, Two Lashkar-e-Taiba (LeT) militants were killed by security forces in an encounter which ensued during a Cordon and Search Operation (CASO) in south Kashmir district of Shopian.A police spokesperson said that following specific information about presence of militants, troops of 1 Rashtriya Rifles (RR), 178 battalion of CRPF and Special Operation Group (SOG) of Jammu and Kashmir, launched a joint search operation at Reban, about 8 km from main town Shopian, in the wee hours of Monday.However, when the security forces were moving towards a particular area in the village, militants hiding there, opened fire with automatic weapons, he said, adding fire was returned ensuing in an encounter.He said two militants were killed in the exchange of fire. “The slain militants have been identified as Shabir Ahmad Malik alias Abu Maviya, a resident of Tungduno Yaripora Kulgam and Amir Ahmad Dar, a resident of Wadina Melhoura.

According to police recorded, he said Malik was an active militant since December 2017 while Dar joined militant ranks in 2019.He said during the search of the encounter site, one AK -47, one UBGL, one AK-47 magazine, one Chinese pistol, one magazine of Chinese pistol and five 9 mm live rounds were recovered. “Malik was a Pakistan trained militant and was involved in various terror related cases in south Kashmir,” he said.He said both the militants were involved in case FIR No 58/2019 U/St-16 ULA (P) ACT 436 RPC, 7/25 I A ACT of Police Station Zainapora District Shopian. “People are requested to cooperate with police till the area is completely sanitized and cleared of all the explosive materials if any,” he added.