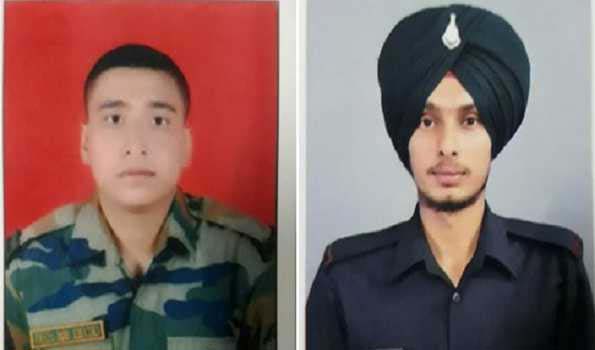 Jammu, Nov 27 (UNI) Two Army jawans attained martyrdom as Pakistan yet again violated the ceasefire by firing unprovoked along the Line of Control in Rajouri district of Jammu and Kashmir.

He said, "Own troops responded immediately to the enemy fire".

In the ensuing fire, two jawans of the Indian Army namely Naik Prem Bahadur Khatri and Rifleman Sukhbir Singh got critically injured and later succumbed to their injuries.

The nation will always remain indebted to them for their supreme sacrifice and devotion to duty, said the spokesman.