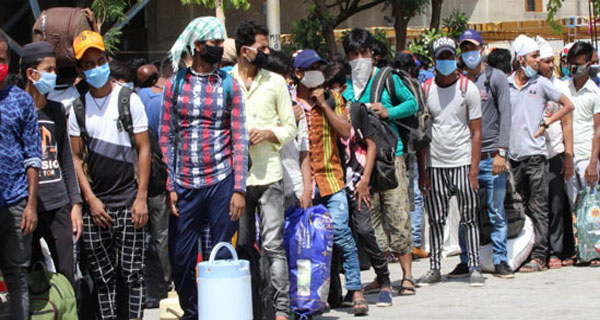 India completed 60 days of ongoing nationwide lockdown on Saturday with more than 1.25 lakh Novel Coronavirus cases, putting a question mark on curbs as 25,000 cases were added in just four days.

Ironically, almost half of the fresh cases came from the worst-affected state of Maharashtra.

The Indian Railways assured that it would put more trains on tracks to ferry migrants to their respective states. However, several states, including Tamil Nadu, Bihar and Assam, have witnessed a sporadic rise since the movement of migrants.

All these states, except Tamil Nadu, had kept their tally low for a considerable period of time.

Meanwhile, on a brighter side, the recovery rate improved to 41.39 pc with 3,250 more patients recovering.

The death rate also dropped to 2.97 pc, due to more widening of fresh cases to fatality ratio.

As per the Worldometers, a global organisation monitoring the COVID-19 pandemic, India has so far conducted over 28 lakh tests, which means 2,056 test per million, which is least among the top 11 worst-affected countries of the world.