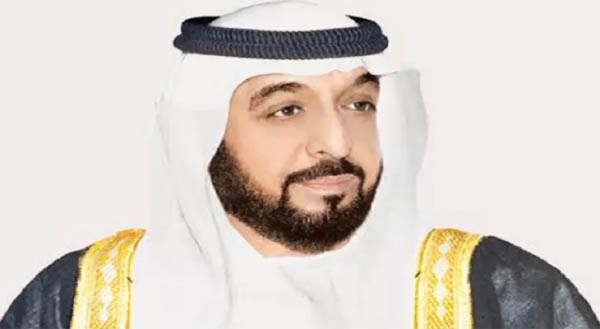 Doha, May 14 (UNI/Sputnik) UAE President Khalifa bin Zayed Al Nahyan was buried at Al Bateen Cemetery in Abu Dhabi in the presence of all members of the ruling Al Nahyan, the Emirates News Agency (WAM) reported. Earlier on Friday, the UAE announced the death of the country's president, who had been seriously ill since 2014. According to Muslim customs, he was interred on the same day. The funeral took place after a special memorial prayer, al-janazah, which was read in all mosques and prayer houses of the country after sunset. According to the WAM, members of the ruling Al Nahyan family in Abu Dhabi, including the half-brother of the deceased, Crown Prince of Abu Dhabi Mohamed bin Zayed, participated in the prayer service at the cemetery and helped bury the former UAE leader. On Saturday, Mohamed bin Zayed will receive condolences from the rulers of the other six emirates of the UAE and from foreign delegations at his palace in Abu Dhabi. Words of condolences have already been expressed by all heads of Arab and Muslim states, as well as many other countries across the globe, including Russia and the United States. On Friday, on the occasion of the death of the UAE President, a three-day mourning period was declared, during which all public and private institutions will not work. Schools and universities will open on Tuesday. The UAE authorities have postponed all entertainment events in the country for the time being.