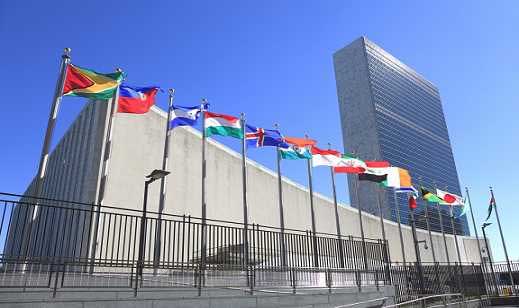 Washington,  A Philippine diplomat at the United Nations head quarters in New York was tested positive for the deadly coronavirus on Friday. The diplomat had last visited the UN office on Monday and fell ill on the following day, a diplomatic source said.The Philippines diplomatic mission confirmed that she was informed on Friday that she had tested positive for COVID-19.An official letter from the Philippine mission confirmed that the mission has been locked down at least for Friday. The diplomat is reportedly employed at the UN General Assembly's Sixth Committee, which works on legal matters.Approximately 3,000 people are employed at the UN headquarters and numerous diplomats from the UN member countries move to and fro between their own missions and the Manhattan UN complex.While the Philippines has 52 confirmed COVID-19 cases and there have been more than 1,600 cases in the United States.