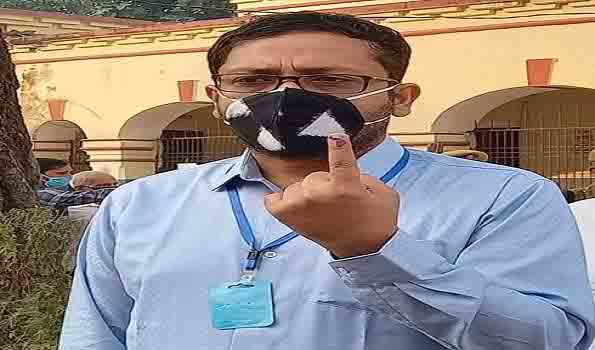 Lucknow, Nov 3(UNI) An estimated 18.49 per cent of the 24.34 lakh electorate cast their votes till 1100 hrs in the Uttar Pradesh Assembly bypolls to seven seats on Tuesday.The highest polling was recorded in Maugawan Sadat assembly seat where 23.41 per cent voters have used their franchise while the lowest was of 14.76 per cent in Ghatampur .In Bangarmau seat the poll percentage till 1100 was 22.24 per cent ,Bulandshahr 19 per cent ,Deoria 18 per cent ,Tundla 17 per cent and Malhani 15 per cent.
Except for early EVM glitches in some booths , the polling was peaceful and smooth, officials here claimed.