US interest rate increase of 50 basis points 'appropriate' in next 2 rounds: Powell 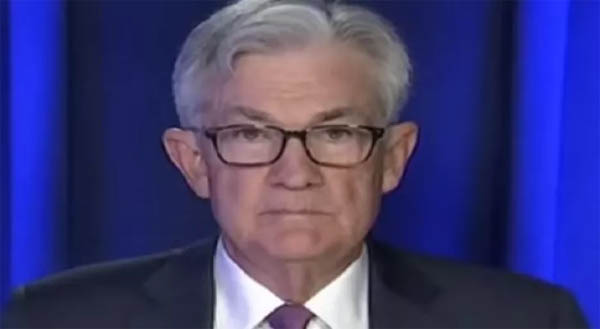 Washington, May 13 (UNI/Sputnik) It would be “appropriate” for the Federal Reserve to raise interest rates by just 50 basis points in June and July, Chairman Jerome Powell said amid speculation that the US central bank may opt for a 75-basis point hike. “If the economy performs about as expected … it would be appropriate for there to be additional 50-basis point increases at the next two meetings,” Powell told the Marketplace publication in an interview on Thursday. The Federal Reserve raised interest rates by 50 basis points at its May meeting, after an earlier 25-basis point increase in March. Some economists, however, say the central bank's actions might not be enough to overcome inflation growing at the fastest pace in 40 years. That has resulted in speculation that it might consider a 75-basis point increase at its June meeting, in order to hasten the central bank's objective of bringing price pressures under control. After contracting 3.5 per cent in 2020 from disruptions forced by the coronavirus pandemic measures, the US economy expanded by 5.7 per cent in 2021, growing at its fastest pace since 1982. But inflation has grown just as fast as the economy and quicker. The Personal Consumption Expenditure Index, an inflation indicator closely followed by the Federal Reserve, rose by 5.8 per cent in the year to December and 6.6 per cent in the 12 months to March. Both readings reflected the fastest growth since the 1980s. The Consumer Price Index and the Producer Price Index, two other key gauges for inflation, rose 8.3 per cent and 11 per cent, respectively, in the year to April. The Federal Reserve's own tolerance for inflation is 2 per cent per year. Powell has indicated in the past that a total of seven rate hikes - the maximum allowable under the central bank's calendar of meetings this year - were on slot for 2022. More rate adjustments could follow in 2023, until a return to the 2 per cent inflation target is achieved, he said.