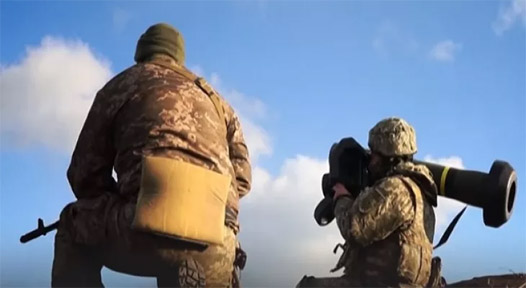 United Nations, Jan 26 (UNI/Sputnik) Ukraine has been "flooded" with weapons from the United States and NATO, as well as "countless" advisers from Western countries, said the Russian Permanent Mission to the UN. "Cultivating Russophobia among its citizens and like-minded states, talking about the accumulation of Russian troops as almost the root cause of all problems, [the US] forgets to clarify that the talk is about Russian forces on Russian territory," the mission said. "This is in contrast to the American and NATO weaponry and countless advisers that have flooded Ukraine and some other states close to the Russian borders. There is also no explanation for what the American navy, increasing tension in the Black Sea region, is doing near the Russian coast," it said. Ukraine and Western states have recently expressed concern about the increase in "aggressive actions" by Russia near the borders of Ukraine. Meanwhile, Russia has rejected accusations by the West and Ukraine of "aggressive actions", stating that it does not threaten anyone and is not going to attack anyone, and that claims about "Russian aggression" are used as a pretext to deploy more NATO military equipment near Russian borders.