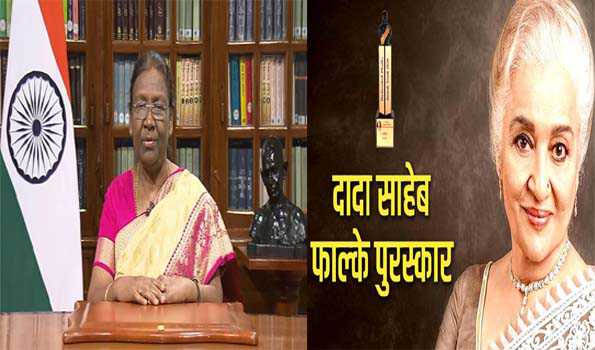 Veteran actress Asha Parekh doesn’t need any introduction. She made her debut as a child artist in Bollywood with the 1952 film Aasmaan and is best known for roles in films like Do Badan, Upkar and Caravan, among many others. Well, there is good news for the actress. She will be honoured with the prestigious Dada Saheb Phalke Award for 2020. The awards were delayed by a year due to the pandemic. News agency ANI shared the news.
The awards will be given at the 68th National Film Awards ceremony on September 30th. ANI tweets, “Dada Saheb Phalke Award to be conferred to actor Asha Parekh this year: Union Minister Anurag Thakur.” A five-member jury of Hema Malini, Poonam Dhillon, TS Nagabharana, Udit Narayan and Asha Bhosle nominated her. The veteran actress also received the Padma Shri Award in 1992 and was also the first female chairperson of the Central Board of Film Certification (Censor Board) of India. The actress was also a judge on the reality show Tyohaar Dhamaaka.
Asha Parekh's hit film includes Dil Deke Dekho, Jab Pyar Kisi Se Hota Hai, Phir Wohi Dil Laya Hoon, Teesri Manzil, Baharon Ke Sapne, and many others. She also worked in regional films including Gujarati, Punjabi and Kannada films.
To note, last year, the Dadasaheb Phalke Award for 2019 was conferred on Rajinikanth. Dadasaheb Phalke award winners receive this recognition annually during the National Film Awards (NFA) event.