Vinod Rai, others should apologise to Nation for maligning Cong in 2G scam : Salman Khurshid 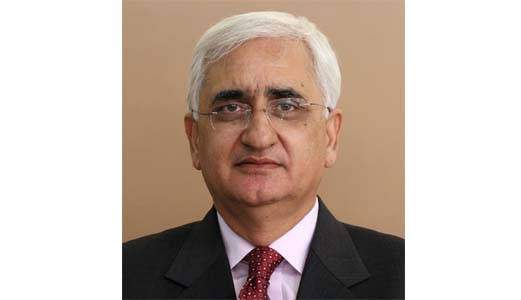 Chennai, Nov 2 (UNI) Senior Congress leader and former Union Minister Salman Khurshid today demanded that former Comptroller and Auditor General (CAG) Vinod Rai and others should apologise to the nation for “maligning” the party in the 2G scam.

Talking to reporters here, he questioned the silence of Mr Rai, who is the chairman of the Banking Recruitment Board, on the thousands of crores of banking frauds the country had witnessed.
“Vinod Rai, Gen V.K. Singh, Kiran Bedi (former Lt. Governor of Puducherry), Baba Ramdev, Delhi Chief Minister Arvind Kejriwal, Anna Hazare (all were part of the anti-corruption movement against the UPA), the BJP-RSS and  those who maligned the Congress should apologise to the Nation.
Referring to the bank frauds, Mr Khurshid said Mr.Vinod Rai has not uttered a single word either on the Rs 13, 500 crore PNB Bank fraud or on thousands of crores lost in bank frauds and the escape of Nirav Modi, Mehul Choksi,

Lalit Modi, Vijay Mallya and several others, despite holding the post of Chairman of the Banking Recruitment Boar. ,” he charged.