Voices of protest have started inside Congress 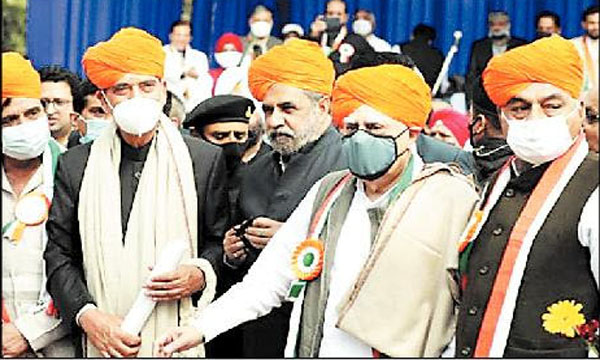 Leaders of Group 23 gearing up
Pravesh Kumar Mishra, New Delhi
Why did the Congress party suffer the most in the assembly elections held in five states? Did the internal tussle of the party overshadow its aggression and credibility? Is ignoring senior leaders proving harmful for the party? Will Congress have to depend on regional parties to compete with BJP? All such unanswered questions remain the subject of discussion inside and outside the Congress these days.
Political experts believe that the morale of party leaders and workers has been directly affected due to the constantly shrinking mass base. Due to which the party is also losing where it has chance of winning. Observers believe that despite the favorable political mood of Assam and Kerala, the party could not win the support of the voters who were against the state governments. Due to personal rivalry of TMC with local Congress leaders in West Bengal, the party was forced not only to have a mismatch alliance but also to lose credibility. The Congress was neither able to handle its vote bank nor stood up against the TMC.
Similarly, just before the elections in Kerala, due to the unilateral decision of the local leaders, the party suffered loss and the party lost the winning bet.
The polarization of votes became easier for the BJP due to a mismatch alliance in Assam and the BJP managed to win against all odds. As far as Tamil Nadu is concerned, the party, after assessing its position, managed to win only 17 seats while contesting on 25 seats while remaining in alliance. But the BJP coalition has succeeded for the first time due to the open confrontation of local Congress leaders in Puducherry.
However, the nervousness of the central leaders of the Congress, upset over the election results of the five states, is clearly visible. In this election, where young leaders in Assam and West Bengal were given the important responsibility, in Kerala, Tamil Nadu and Puducherry, relatively experienced politicians were put on the front. But the result has forced the party to introspect. The voice of protest has started to be loud within the party. Since senior party leader Rahul Gandhi from Kerala is still an MP and KC Venugopal is the general secretary in charge of the organization, the leaders of Group 23 and their supporters have started to question the system. However, amidst the horrors of Corona, a Congress leader is still refraining from formally opening a front. Therefore, it is believed that in the coming days, there will be a multi-layered attitude within the Congress organization.