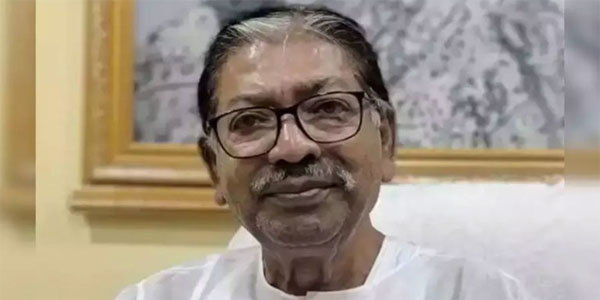 He was 78 and is survived by wife and son.

Mitra was admitted to hospital due to heart and age-related ailments.

" He was admitted to the hospital a few days back after his creatinine level was found to be high during a routine check-up. He was a patient of Chronic Obstructive Pulmonary Disease (COPD) and also had other age-related ailments, " a senior official of the hospital said.

Taking to her twitter handle, Ms Banerjee said, " Saddened to hear about the passing away of veteran leader, former MP and

" As constitutional head was enormously benefited by his wise counsel on several occasions, " he added.

" Bengal will always recall his sagacious contributions in public life. Pray ALMIGHTY to bestow eternal on the departed soul, " the Governor stated.

" WBPCC President Somen Mitra has breathed his last, a short while ago. As we struggle to come to terms with this immense loss, all our prayers and thoughts are with Dada’s family, " West Bengal Youth Congress tweeted.

Mitra played a crucial role in forging an electoral understanding of Left parties and Congress in the 2019 Lok Sabha polls.