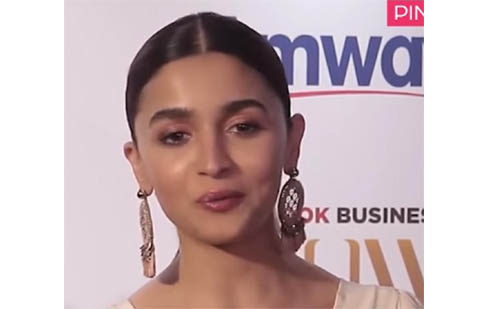 Alia Bhatt is currently one of the most popular actresses in Bollywood. She has been an inevitable part of Hindi cinema since 2019. Apart from her talented acting skills, Alia is also known to be quite straightforward about her opinions. That exactly what happened a few years ago when the Raazi start reacted to Kangana Ranaut slamming her for not opening up on certain issues related to politics. The latter had taken a jibe at Ranbir Kapoor in the matter.

When Alia was asked about this at an event, the actress began by stating that she doesn’t have the ability to speak as candidly as Kangana Ranaut. Not only that but she also stated that she respects the actress because of the same. However, the Brahmastra star further added that she likes to keep her opinions to herself at times. While mentioning her father Mahesh Bhatt, Alia adds that he also taught her the same thing.

As one can see above, the actress signed off after stating that Kangana speaks really well. On the work front, Alia Bhatt will next be seen in Ayan Mukerji’s Brahmastra that also features Ranbir Kapoor, Amitabh Bachchan, and Nagarjuna Akkineni. The much-anticipated movie has been produced by Kara Johar. Apart from that, Alia will also play the titular role in Sanjay Leela Bhansali’s Gangubai Kathiawadi. The actress will then be making her official debut in the South with SS Rahamouli’s RRR that has been making headlines ever since its inception.