While calling herself Babbar Shern, Kangana Ranaut pens a note for father, says, -haven-t just got your blood 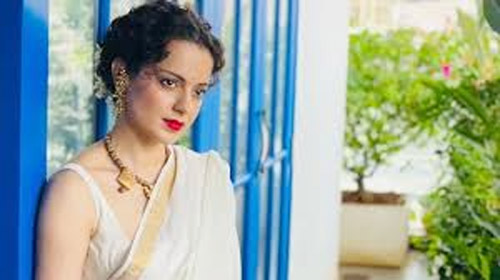 Kangana Ranaut is quite close to her family and always keeps on sharing her pictures with them on social media. Recently also, the actress penned a note on her father's special day and lauded him for his brave hot blood, quick temper and volcanic anger.
Kangana Ranaut wished her father on his birthday and shared a throwback picture of his young days. She wrote while calling herself his Babbar Sherni Chotu, "Dear Papa I wish growing up you were not such a strict parent but thank you for those melancholic eyes, curly hair and of course brave hot blood, quick temper and volcanic anger. I haven’t just got your blood but also your fire. Happy Birthday Papa Your’s Babbar Sherni Chotu."
Speaking on her work front, Kangana is waiting for her next release 'Thalaivi' is an upcoming Indian multilingual Indian biographical film directed by A. L. Vijay. This film is made simultaneously in Telugu, Hindi and Tamil. Earlier it was about to hit the cinema halls on April 23, 2021 but now, it has been postponed for an infinite period. Apart from this, she has Tejas and Dhaakad in her kitty.