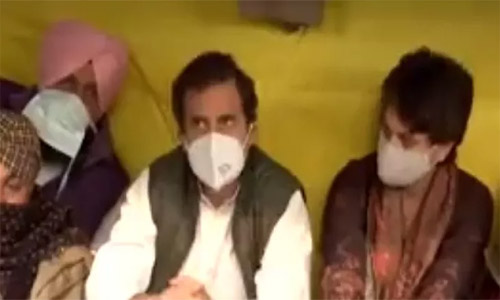 New Delhi,  (UNI) Congress leader Rahul Gandhi on Thursday said Congress will soon declare the name of the party's chief ministerial candidate. On a day when he visited Punjab, Rahul took to twitter and promised that the name of the CM candidate would be announced soon. "Channi ji, Sidhu ji, people of Punjab and Congress workers want us to declare the name of CM candidate. I promise that soon we will announce a name that would be everyone's choice," he said. "All other leaders of Punjab will together strengthen the new government," he added. Rahul Gandhi was on a daylong visit to Amritsar, where he paid obeisance at Sri Harmandir Sahib along with party candidates for the upcoming polls. Punjab Chief Minister Charanjit SIngh Channi, and state Congress Chief Navjot Singh Sidhu were also present. Punjab polls will be held in a single phase on February 20, and counting would be done on March 10.