Will leave no stone unturned to strengthen arms of armed forces: Rajnath 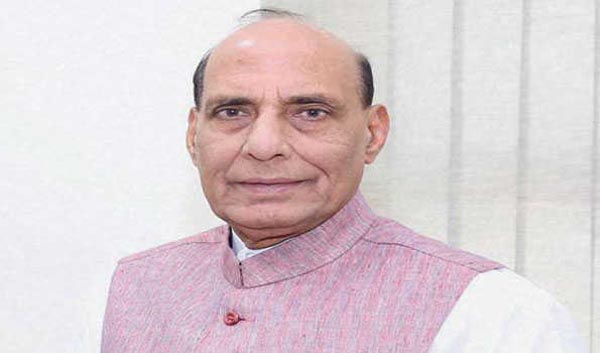 New Delhi, Oct 28 (UNI) Lauding Indian Army’s prudent rôle in neutralising those threats which were challenging to India’s sovereignty, Defence Minister Rajnath Singh on Wednesday said that the government will leave no stone unturned to strengthen the arms of the armed forces.
Addressing the Army Commanders’ Conference here on Wednesday, the Minister said, ‘‘Indian Army has been successful in addressing several challenges to security & sovereignty of this country since Independence. Be it the problem of terrorism, insurgency or any external attack, the Army played a significant role in neutralising those threats.’’
Assuring the top commanders, Mr Singh said, ‘’Ministry of Defence is committed to facilitating Army in their forward movement on road to reforms & help them in achieving advantages in all areas. We will leave no stone unturned to strengthen the arms of our Armed forces.’’
Indian Army is holding 4-day-long its top commanders’ conference to discuss the prevailing security scenario and ways ahead for the forces.
Today is the third day of the conference, Mr Singh was scheduled to address the commanders on Tuesday but had to postponed it to Wednesday due to 2+2 India-US Ministerial Dialogue.
On last day of the conference, the Director General of Border Roads Organisation (BRO) will update the commanders about the various infrastructure development projects being undertaken by the BRO and allied formations.
Automation initiatives to optimise utilisation of manpower at various levels of the Army will also be discussed.