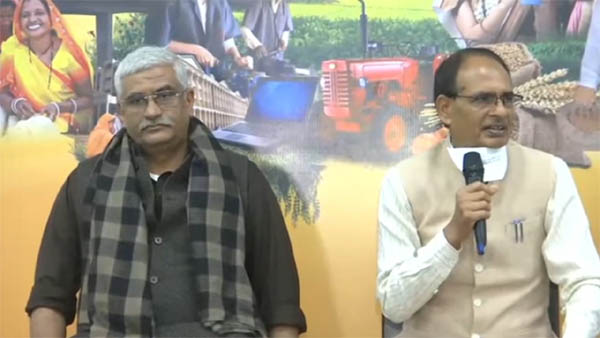 Chronicle Reporter, Bhopal-Union Jalshakti Minister Gajendra Singh Shekhawat has said that we will not let Madhya Pradesh be affected by the allocation of water from Ken Betwa Link Project. At the same time, the interests of Uttar Pradesh will also be fully protected. He will soon find a final solution in this connection in a joint meeting with the Chief Minister of Madhya Pradesh, Shivraj Singh Chouhan and Chief Minister of Uttar Pradesh, Yogi Adityanath.

Take out solution in 15 days through mutual talks

The side of Uttar pradesh

Under the project, Uttar Pradesh wants 935 MCM of water from the Daudhan Dam from November to May in the non-monsoon period.

The National Water Development Agency has suggested that the project should provide 750 MCM to Uttar Pradesh and 1834 MCM to Madhya Pradesh at Daudhan Dam in non-monsoon season. Water availability at Daudhan Dam has been considered as 6188 MCM by the agency.