Will put an end to three anti-farmer laws once in power: Congress 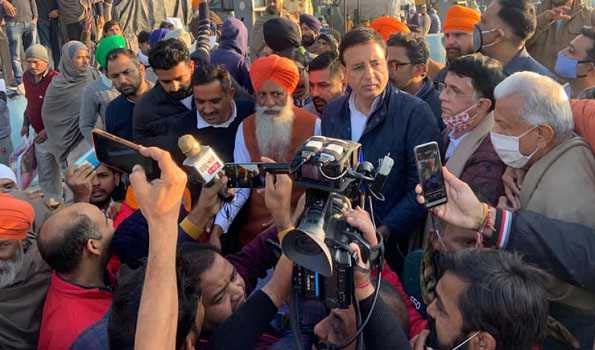 New Delhi, Nov 27 (UNI) Supporting the farmer's movement, Congress president Sonia Gandhi and former president Rahul Gandhi on Friday said that if their party comes to power at the Centre, they would definitely quash the three anti-farmer laws.

Congress leader Randeep Singh Surjewala here told reporters that the Gandhis have promised to terminate the three anti-farmer laws on a priority basis when the Congress comes to power.

The party has been opposing it since the beginning, he said. The Congress MPs were even suspended in Parliament for opposing these laws.

Wherever there is Congress government in the country, new laws are being made on state level to prevent the farmers form facing loss due to these three laws.

He said that the farmers do not belong to any particular party, but, is for everyone and works to feed everyone, and therefore, they must be heard.