Will soon announce name of my party: Amarinder 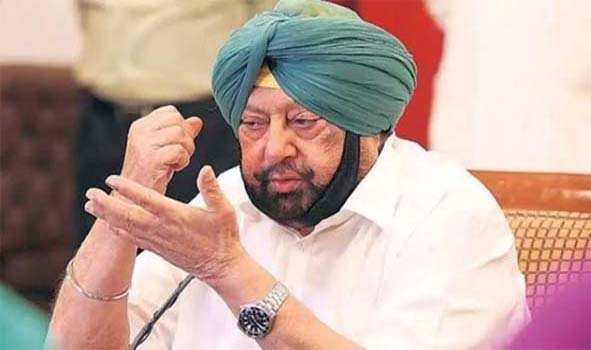 Chandigarh, Oct 27 (UNI) Former Punjab Chief Minister Captain Amarinder Singh on Wednesday said a name for his new party will be finalised soon, adding he will fight the upcoming Punjab Assembly polls along with the BJP and others.

"I will announce the name of my political party soon. Our lawyers are in conversation with the Election Commission, a name and symbol would be finalised soon," Singh said at a press conference here.

He said he is in touch with some Congress leaders who would be joining his party, and also said that wherever Punjab Congress president Navjot Singh Sidhu fights from, he would ensure his defeat.

Asked if he is in touch with any Congress leaders who may join his party, Singh said, "If it is necessary for Rahul Gandhi to have back to back meeting with Congress leaders what is the reason... We are in touch".
As the former Punjab chief minister addressed the press conference, Sidhu tweeted saying he was "loyal" to the BJP.

"We, the 78 MLAs of Congress, could never imagine, what we received an arm-twisted, ED-controlled BJP-loyal Chief Minister of Punjab (in) Amarinder Singh… who sold the interests of Punjab to save his skin!" Sidhu said.

"You were the negative force stalling justice and development of Punjab," Sidhu told Amarinder as the latter openly challenged the Punjab PCC chief to fight him in the upcoming polls next year. "As far as Sidhu is concerned, I am ready to fight him wherever he decides to contest from," Amarinder Singh said.

Singh also said, "He (Sidhu) knows nothing, talks too much, doesn't have brains. I never spoke to Amit Shah or Dhindsa over this, but I will. I want to be strong to fight Congress, SAD, AAP. I'll talk to them, we'll put up united front to defeat these".

He also said that Congress' popularity has gone in the state down since Sidhu was made the party chief.

Amarinder Singh had resigned as the chief minister of Punjab and had said he felt "humiliated".

While there were speculations initially about him joining the Bharatiya Janata Party, he declared he would form his own party, and if the farmers' protests are resolved, he would ally with the BJP for the Punjab polls.