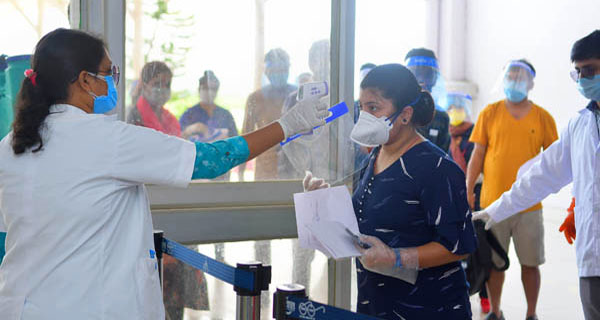 India on Friday became the worst-hit country in Asia from novel coronavirus as the tally zoomed to over 1.65 lakh cases after recording all time single-day hike of almost 7,500 cases.

Turkey, at ninth position worldwide with 1.61 lakh cases, was till yet the worst-affected in Asia.

Also, India’s death toll surpassed that of China--epicentre of COVID-19 pandemic-- after it recorded a total of 4,706 fatalities.

The cases are rising at a quicker pace largely owing to the interstate movement by the stranded populace and enhanced testing.

Maharashtra continues to bear the maximum burden of cases with tally now reaching 59,546 after registering a spike of 2,598 cases.

Situation is also becoming "alarming" in national capital as more than 1,106 new infections were detected, taking the tally past 17,000.

With the fourth phase of nationwide lockdown is nearing its end, the Centre might come with different set of rules in a day or two, keeping in mind the battered economy and the rising cases.

Union Home Minister Amit Shah met Prime Minister Narendra Modi to discuss the prevailing Covid situation in the country. It was understood that Mr Shah apprised the Prime Minister about his virtual meeting with all Chief Ministers over the lockdown and way ahead.

After reports of migrant dying during their travel by trains surfaced, Railways requested the 'vulnerable' people to refrain from travelling as this could further deteriorate their health condition.

The Railways has been running "Shramik special trains" on a daily basis throughout the country to ferry migrants back to their homes.

"It has been observed that some people who are availing this service have pre-existing medical conditions which aggravates the risk they face during the COVID-19 pandemic", the government said.

As per the latest advisory, the railways appealed persons with co-morbidities--hypertension, diabetes, cardio-vascular diseases, cancer, immune deficiency conditions--pregnant women, children below the age of 10 years and persons above 65 years of age to avoid travel by rail, except when it is essential.

Not only death, migrants travelling through trains were facing other hardships like trains getting delayed. The Railway's Chairman denied all such reports and said only four of the 3,840 trains took more than 72 hours to reach their destination.

"Only 10 pc trains were delayed by few hours. Fake news dent the morale of the 12-lakh Railway employees who have been working round-the-clock for smooth operations of the special trains," he said.