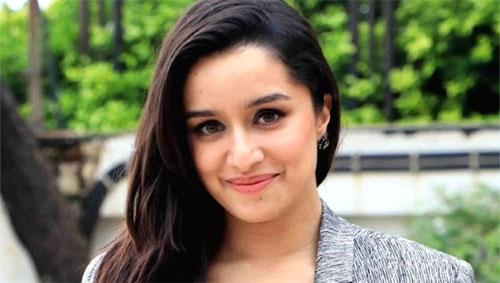 Shraddha Kapoor is an actress who just doesn’t deliver box office hit films but also heart winning characters which are relatable and we’ve all been through a moment where we have recalled Shraddha’s some character while we are in a certain situation.

Her movies connect with the audience and so do her portrayals. Shraddha’s character of Aarohi, the singer in Aashiqui 2 was quite relatable and we totally could feel everything the character was facingthe hard work, love, rejection and much more. The famous melody ‘tum hi ho’ still rules our playlists. For the film Baaghi, the character of Siya once again captured our hearts. How Shraddha was fighting for love and truth.

The actress even delivered some kicks and punches as well. This whole new character took everyone by awe. Shraddha in ABCD 2 played the role of a dancer named, Vinnie. Shraddha did whatever it takes to form the dance group, reach L. A. and accomplish her dreams. Once again, a great movie bringing the attitude- to never give up. In Stree, again a film which was talked about the most and Shraddha’s character of a ghost again spread a social message which connected to our core.

Even during times of the lockdown, the dialogues of stree are being used positively. Saaho, again we saw Shraddha fighting for truth with the character of officer Amrita. Shraddha again was seen doing some action alongside Prabhas and we totally loved the film. The last one being Baaghi 3. In the action film of the year, again we saw Shraddha in a whole new character and the actress was a part of the fight against the entire nation. The film charted a huge impact on the box office numbers.