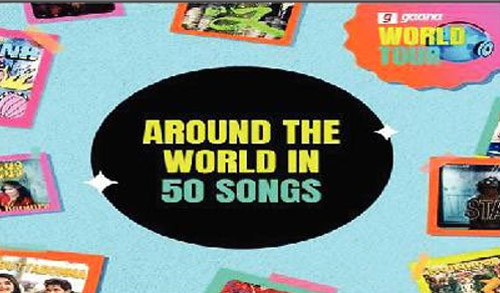 Bollywood’s ‘Greek God’ Hrithik Roshan is not only blessed with brilliant acting and electrifying dance skills but also a musical voice.
The actor has always impressed the masses with his versatility, and this time he has brought a perfect treat to his fans with his musical offerings.
On the occasion of World Music Day, the actor took to his social media and shared his favorite song 'Tere Jesa Yaar Kahan' in his voice while he tunes it up on his piano. He wrote the caption in Hindi, “My favourite song (mera pasandida gaana)”.
The netizens are going crazy after watching the singer Hrithik in the video. Moreover, In real life, the actor had also given his voice to some songs that include, Kites in the sky (Kites), Senorita (Zindagi Na Milegi Dobara) and What a wonderful world (Guzaarish), and this unplugged version of 'Tere Jesa Yaar Kahan' in his voice has just come as a perfect gift on this World Music Day.
On the film front, the superstar has recently wrapped up the shooting of 'Vikram Vedha'.
Meanwhile, this World Music Day, Gaana, the music streaming app, is paying an ode to the world’s diverse and rich culture with a specially curated playlist called “Gaana World Tour”, featuring top songs of leading languages across the globe.
With the top songs across almost 50 languages, it takes the listeners on a global journey through the universal language of music.
Inspired by the power of music that binds cultures, languages, and nationalities, Gaana took upon a mammoth task to curate a one-of-a-kind playlist with the most popular songs from different corners of the world.
The idea behind this unique playlist is to enable music lovers to enjoy some of the most popular international tracks that they may not have yet discovered. The “Gaana World Tour” playlist will have the biggest hits in Indian & International languages this year across languages such as Hindi, English, K-pop, German, Punjabi, Tamil, Telugu, Bhojpuri, Bengali, Malayalam, Kannada, Marathi, Gujarati, Haryanvi, Urdu, Assamese, Rajasthani, Odia, Kashmiri, Chhattisgarhi, Dogri, Nepali, and Persian & many more!
As seen in recent trends, music lovers have been increasingly open to appreciating songs in languages they don't fully understand e.g. Telugu songs like Oo Antava, spanish songs like senorita (ZNMD) have enthralled listeners across languages and even travelled beyond borders to the international audience.
Commenting on the launch of the playlist, Sandeep Lodha, CEO of Gaana, said in a statement, “With Gaana World Tour playlist we aim to curate a music experience that transports our audience across the world with popular music. This playlist of 50 songs covers major international and Indian languages and is about expanding the musical boundaries and experiencing more of the world on World Music Day. At Gaana, we always try to find ways to look at every event from a lens of music & felt this was a great way to travel without travelling.”