Yami Gautam says she's her 'own Godfather' on navigating Bollywood: You can't always understand this place 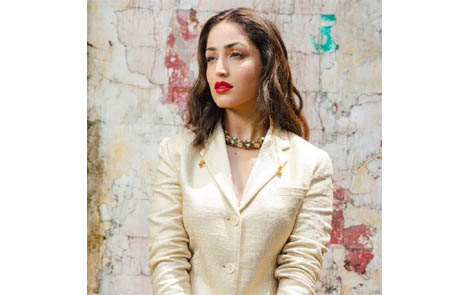 For many actors who make their own way in Bollywood, their journey tends to come with a lot of learning. Speaking about it, Yami Gautam has opened up in a recent chat and said that she is her 'own Godfather' in this industry. Yami, who made her debut back in 2012 with Vicky Donor, is all set to complete 10 years in Bollywood next year. Now, as her film Bhoot Police is all set to release on Disney+Hotstar today, the actress talked about how her support system played an important role in keeping her sane in the past few years.
Talking to Mid-Day, Yami shared that one can't always understand the film industry. The Bhoot Police actress said that now, after working in the industry for a while, she has a 'better sense'. Yami added, "I had made a debut on my own, and no one tells you what steps to take there on." She also talked about how Bala was a turning point for her career and how one script changed everything for her. Reflecting on navigating in the industry, Yami said that several people in Bollywood offer career advice but one has to decide to take it or not.
She said, "I am my own godfather. Also, I had a support system in my family who kept me sane. You can’t always understand this place completely. People are always offering career advice. They’ll say, ‘Dress up in a certain way for meetings, socialise more, be papped everywhere’. I had to decide if I personally connected with [these ideas]. I had to push myself to not fall into this [trap] and stay focused on finding good roles. Uri: The Surgical Strike [2019] broke the mould for me." She also said spoke about how media scrutiny also doesn't make journey in Bollywood easy as she claimed 'untrue things' are written about. She said, "you have to decide if you want to jump in the fish market and become the noise. You have to condition yourself."
Yami left many industry friends and colleagues surprised when she got married to URI director Aditya Dhar a few months back. The two announced it in a post on social media and left everyone stunned. The photos from Yami and Aditya's wedding went viral on social media and many loved the simplicity of the ceremony. On the work front, Yami will be seen now in Bhoot Police with Arjun Kapoor, Saif Ali Khan, Jacqueline Fernandez. The film is helmed by Pavan Kirpalani and backed by Ramesh Taurani, Akshai Puri. It is premiering on Disney+Hotstar on September 10, 2021.