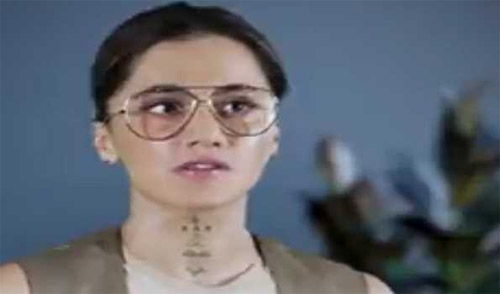 Surpassing 20 million views and support, the campaign delivers a simple but strong message of stopping gender testing for female athletes in India.

The high impact campaign also witnessed the successful on-ground ‘Run with Rashmi’ drive that saw 200+ Mumbaikars run on Carter Road to support the cause.

Commenting on the success of the marketing campaign, Manish Kalra, Chief Business Officer, ZEE5 India said, “Rashmi Rocket is a great addition to our diverse library of real, relevant and resonant Indian stories. In our endeavour to offer differentiated content to entertainment loving audiences, we are honoured to bring social issues such as gender disparity amongst our athletes to the fore, something we wanted to create more awareness around. With the launch of #LetRashmiRun, we are breaking the social construct and voicing the many stereotypes that women find themselves boxed in. We’ve left no stone unturned by covering digital and social media activations, influencer collaborations, strategic ad placements, brand associations, television, and on-ground events. We’re glad to see that the campaign has done exceedingly well and connected us with 22 million audiences across the country. We hope to see more consumers engage with us and give this inspirational sports-drama a watch.”

Kickstarting the campaign was a heart-warming tete-a-tete between lead actor Taapsee Pannu and real-life rocket Hima Das on the latter’s training, routine and journey to become the celebrated Dhing Express. Leading up to the launch of the film on Dussehra, ZEE5 also roped in 9 influencers (mentioned above) for the 9 days of Navaratri, where each influencer posted an Instagram reel about their journey, and how they support Rashmi in her fight against gender testing. The support campaigns launched on social media channels encouraged netizens to voice their support using hashtags like #LetRashmiRun and #StopGenderTesting to voice their opinion. #LetRashmiRun also roped in popular influencer Beer Biceps (Ranveer Allahbadia) for a podcast on this social issue.

Rashmi Rocket is a sports drama that narrates the inspiring story of a small-town girl and her journey of becoming a national-level athlete. Catch the movie on ZEE5 on October 15.